Brexit and the Future of Europe

Britain, I believe, had the best of all possible deals with the European Union, being a member of the common market without belonging to the euro and having secured a number of other opt-outs from EU rules. And yet that was not enough to stop the United Kingdom’s electorate from voting to leave. Why?

The answer could be seen in opinion polls in the months leading up to the “Brexit” referendum. The European migration crisis and the Brexit debate fed on each other. The “Leave” campaign exploited the deteriorating refugee situation – symbolized by frightening images of thousands of asylum-seekers concentrating in Calais, desperate to enter Britain by any means necessary – to stoke fear of “uncontrolled” immigration from other EU member states. And the European authorities delayed important decisions on refugee policy in order to avoid a negative effect on the British referendum vote, thereby perpetuating scenes of chaos like the one in Calais.

German Chancellor Angela Merkel’s decision to open her country’s doors wide to refugees was an inspiring gesture, but it was not properly thought out, because it ignored the pull factor. A sudden influx of asylum-seekers disrupted people in their everyday lives across the EU.

The lack of adequate controls, moreover, created panic, affecting everyone: the local population, the authorities in charge of public safety, and the refugees themselves. It has also paved the way for the rapid rise of xenophobic anti-European parties – such as the UK Independence Party, which spearheaded the Leave campaign – as national governments and European institutions seem incapable of handling the crisis.

Now the catastrophic scenario that many feared has materialized, making the disintegration of the EU practically irreversible. Britain eventually may or may not be relatively better off than other countries by leaving the EU, but its economy and people stand to suffer significantly in the short to medium term. The pound plunged to its lowest level in more than three decades immediately after the vote, and financial markets worldwide are likely to remain in turmoil as the long, complicated process of political and economic divorce from the EU is negotiated. The consequences for the real economy will be comparable only to the financial crisis of 2007-2008.

That process is sure to be fraught with further uncertainty and political risk, because what is at stake was never only some real or imaginary advantage for Britain, but the very survival of the European project. Brexit will open the floodgates for other anti-European forces within the Union. Indeed, no sooner was the referendum’s outcome announced than France’s National Front issued a call for “Frexit,” while Dutch populist Geert Wilders promoted “Nexit.”

Moreover, the UK itself may not survive. Scotland, which voted overwhelmingly to remain in the EU, can be expected to make another attempt to gain its independence, and some officials in Northern Ireland, where voters also backed Remain, have already called for unification with the Republic of Ireland.

The EU’s response to Brexit could well prove to be another pitfall. European leaders, eager to deter other member states from following suit, may be in no mood to offer the UK terms – particularly concerning access to Europe’s single market – that would soften the pain of leaving. With the EU accounting for half of British trade turnover, the impact on exporters could be devastating (despite a more competitive exchange rate). And, with financial institutions relocating their operations and staff to eurozone hubs in the coming years, the City of London (and London’s housing market) will not be spared the pain.

But the implications for Europe could be far worse. Tensions among member states have reached a breaking point, not only over refugees, but also as a result of exceptional strains between creditor and debtor countries within the eurozone. At the same time, weakened leaders in France and Germany are now squarely focused on domestic problems. In Italy, a 10% fall in the stock market following the Brexit vote clearly signals the country’s vulnerability to a full-blown banking crisis – which could well bring the populist Five Star Movement, which has just won the mayoralty in Rome, to power as early as next year.

None of this bodes well for a serious program of eurozone reform, which would have to include a genuine banking union, a limited fiscal union, and much stronger mechanisms of democratic accountability. And time is not on Europe’s side, as external pressures from the likes of Turkey and Russia – both of which are exploiting the discord to their advantage – compound Europe’s internal political strife.

That is where we are today. All of Europe, including Britain, would suffer from the loss of the common market and the loss of common values that the EU was designed to protect. Yet the EU truly has broken down and ceased to satisfy its citizens’ needs and aspirations. It is heading for a disorderly disintegration that will leave Europe worse off than where it would have been had the EU not been brought into existence.

But we must not give up. Admittedly, the EU is a flawed construction. After Brexit, all of us who believe in the values and principles that the EU was designed to uphold must band together to save it by thoroughly reconstructing it. I am convinced that as the consequences of Brexit unfold in the weeks and months ahead, more and more people will join us. 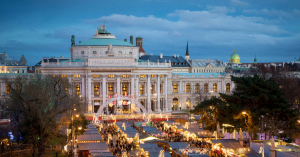 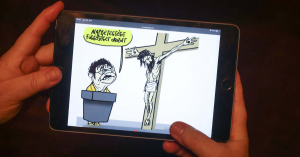 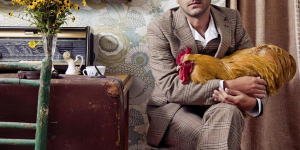 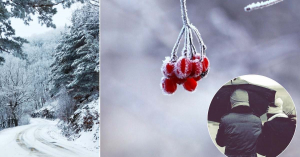 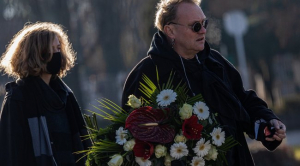