The Financial Education of the Eurozone

In 2017, Europe’s leaders will confront an array of severe tests, including tumultuous elections featuring populist insurgencies, complex negotiations over Britain’s departure from the European Union, and a new American president who thinks that the transatlantic alliance is “obsolete.”
But, despite these challenges, EU leaders will also have an opportunity to strengthen their battered union and reinforce its institutions. In particular, they should focus on restoring the banking sector’s credibility, by providing it with more capital and better oversight. Even if they make progress on nothing else, achieving this goal could turn 2017 into a very good year after all.

Europe’s banks have long been central to the continent’s economy. In France and Germany, bank assets amount to 350-400% of GDP, whereas in the United States, they are equal to just over 100% of GDP. After the 2008 financial crisis, the eurozone’s weakest banks quickly buckled under the weight of their bad loans, and then threatened to drag their respective governments down with them. With many countries’ creditworthiness in doubt, even strong banks were caught in a “doom loop,” as they suffered losses from the collapsing sovereign debt on their books.
Ironically, eurozone banks’ interdependence is what eventually saved the day. Because Irish, Portuguese, and Greek banks owed money largely to German, French, and Dutch banks, the external shocks to the weakest banks and economies were immediately shared with the strongest. This forced all stakeholders to cooperate on a joint response, despite the political costs. Had all European banks and economies not been imperiled, it is hard to imagine that European leaders ever would have agreed to a $1 trillion backstop for financial markets.

Meanwhile, the European Central Bank’s integrated payment system enabled regular transfers to continue between peripheral and core banks, which sustained commercial activity and financing through the worst parts of the crisis. The ECB also maintained its liquidity support – if not always generously and reliably – and ultimately committed to intervening to resolve threatened institutions, thus alleviating market turmoil. While political leaders were caviling over the legality of interstate loans, European institutions were softening the blow from a global shock.
Economists tend to agree that an “optimum currency union” requires such features as high labor mobility, shared fiscal oversight, and synchronized business cycles – none of which the eurozone has. But as the financial crisis revealed, integrated banks and financial markets can also be an essential source of resilience.

Contrary to many predictions, the eurozone did not inevitably collapse; rather, it was undeniably bolstered by a response that improved oversight, strengthened institutions, and pooled resources. It is particularly remarkable that eurozone regulators can now oversee and, if necessary, intervene on behalf of the monetary union’s largest banks.
Of course, the crisis, together with European institutions’ perceived clumsiness, has also provoked a significant backlash among voters, some of whom doubt that the common currency can deliver prosperity. Indeed, just because the euro survived the last crisis does not mean that it will survive the next one.

And yet, even in today’s fraught political climate, European leaders can make progress if they set aside grand, unrealistic proposals for a European finance minister or more intrusive inquiries into countries’ economic policies. Instead, they must concentrate on reinforcing the common currency’s inherent strengths, not least by formulating a credible plan to clean up the bad loans on Italian and Portuguese banks’ balance sheets. Ideally, such a plan would include European resources as well as local reforms, and it would address insolvency-regime inefficiencies, so that banks are not burdened with non-performing loans while they wait for a court’s approval to convert collateral.

To improve confidence in the overall system, policymakers also need to set limits on banks’ sovereign-debt exposure, which will end the doom loop and allow for more contributions to flow into the EU’s Single Resolution Fund. And, for good measure, the ECB should consider intervening to restructure a couple of medium-size banks, just to show that it can.
Finally, policymakers should encourage further capital-market integration, which would reinforce the euro, improve cross-border risk taking, diversify funding sources, and expand access to finance. This will become all the more important after the United Kingdom has left the single market.
Today’s political climate limits the possibilities for structural reforms, fiscal pooling, and improved labor mobility. But if European leaders can strengthen the banking union, there is still hope for the eurozone’s future.
The eurozone has gone through a period of financial education. Political leaders were forced by global markets to take unpalatable steps to reinforce the monetary union, only to realize that one feature of the problem – bank and market interdependence – also pointed to a solution, and will likely drive more reforms.

Taking steps to integrate the banking union and European capital markets further may not be sufficient to ensure the euro’s long-term survival; but doing so is necessary. And in these politically tumultuous times, it is the only realistic option. 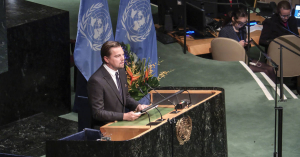 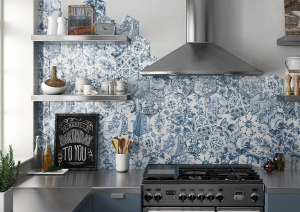 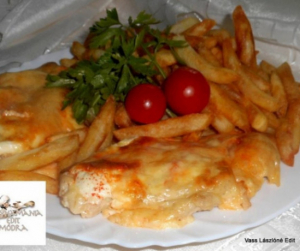 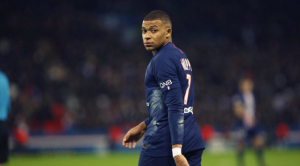 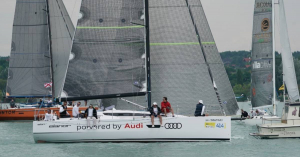